This primarily focuses on Momentum and Collisions. The travelers have found a passageway through the mountains that will expedite their journey to the next tower. Students first spook some nesting Wazlers and use a Round Robin Kagan Structure to solve a worksheet (attached so all can read, one copy printed to the group to pass around as each student does one of the steps to solve the problem. If students miss one of the Wazlers or otherwise need to do so, they can branch off to a Google Presentation where they self guide through explanation and practice (via multiple choice boxes/links in the slides). Students then contemplate the idea of falling as they find a cave painting that reminds a Griffin Rider about the cliff younglings must take their griffins from (a warning not to go splat!). Attached to that quest point are a set of cards to print and cut out. Students use the cards (with help from me) to substitute in the equations of force and change in momentum until they can arrive at an equation relating the two. When the stairs give way to a shallow lake, students have to research ways of breaking falls/crashes. They are instructed to follow links in a JigSaw way coming back to the group with what they read about. After landing on the ground, students design an egg box to reduce the force of impact of an egg being dropped from the bleachers. Because we might be using 3D printing, there is a side quest stop called Explore Later. The group is eager to get to the next tower and will revisit the stop next week. The task explains that the device will be constructed later and what is expected to be in a report each student must make after the drop. Thus comes the Guardian of the cave network...a Sone Rumbler is blocking the path. The group must strategize and prep for battle (the next day's test). They do this by organizing their notes (scrolls of wisdom) and also making a question on a quiz card. They are instructed on how to do Quiz Quiz Trade as a class review. 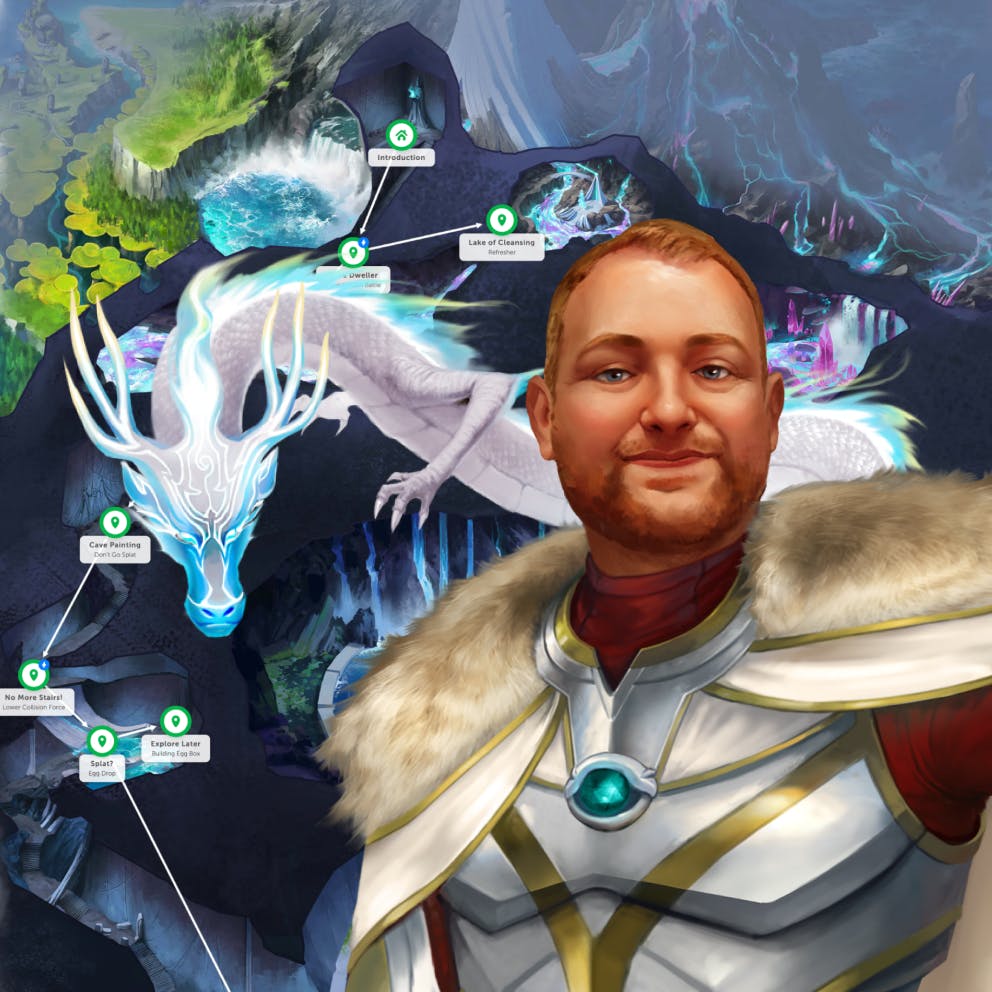